Net neutrality is the aspirational concept that the Internet should be free and open to all of its users.   Advocates for net neutrality believe networks such as Comcast, AT&T and other Internet service providers which offer online access to millions of Americans should be treated as common carriers, the traditional role held by phone companies and railroad companies, which have to provide their services in a nondiscriminatory fashion to all consumers.  But, as indicated in the article, “Circuit Court Strikes Down Net Neutrality Rules” heading this newsletter, the net neutrality rules in place by the FCC must be revisited.

What this ruling might mean for consumers must be viewed in light of two recent deals pursued by Comcast, the leading cable television company in the nation.   Specifically, the deals involve a proposed merger with its closest competitor, Time Warner Cable and a content use arrangement with Netflix potentially providingComcast with the opportunity to access its voluminous video content directly from its servers.  This ostensibly would allow. Comcast users the ability to receive faster downloads from Netflix than non-Comcast customers.  To the extent that Comcast continues to serve a larger share of the country’s Internet users, it can ultimately elect to increase the cost for consumers to obtain higher quality content more quickly.  Consumers who choose to purchase Internet service from less expensive providers may either be unable to access certain content at all, or not be able to access it with speed.

Further, as Comcast owns NBC Universal, some have speculated that it might be able to offer NBC’S content to customers at rates that are lower than many of its competitors.  If so, it would not be surprising if we soon see other content providers attempting to form distribution arrangements that are similarly competitive distribution arrangements.   Currently, the situation remains in flux.  The net result, no pun intended, is that consumers’ content delivery choices may eventually effectively be constricted, perhaps to a two-tier pricing structure where content will be available at an increased cost for faster online delivery.

Even more concerning is the possibility that if net neutrality is not restored, consumers may be faced with the situation that only those that get Internet service from the giant ISPs, like Comcast, will readily have access to premium and more desirable content.  Moreover, if the percentage of consumers receiving Internet access from giant ISPs like Comcast continues to increase, it will likely result in increasing difficulty for providers of less popular content to market their content without a favorable arrangement with one of the large ISPs.   Thus, if net neutrality is not restored, content providers may soon face a distribution environment that discourages video producers, writers and artists without influential connections from producing innovative content because of significant ISP-created barriers reducing the likelihood that such content will ever be viewed.

While it appears to be dead for the moment, the FCC has vowed to take steps to resurrect net neutrality in some form.   Many of the concerns now being loudly expressed by content providers, free speech advocates and some consumer groups may ultimately be unrealized.  Therefore, we will have to wait and see what the FCC ultimately does.

Attorney Anna M. Vradenburgh counsels and represents clients regarding trademark, copyright, patent and other intellectual property issues, providing expert advice regarding intellectual property protection, exploitation and rights enforcement.  To discuss your particular matter with Ms. Vradenburgh, please contact her at the Eclipse Group, located at 6345 Balboa Blvd, Suite 325, Encino, California 91316, by calling (818) 488-8146 or going to her website or her profile on LinkedIn.  This article is not intended to be, nor should it be considered to be, legal advice. 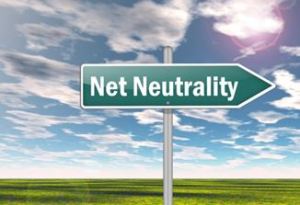