There has been a lot of media coverage regarding the case before the Trademark Trial and Appeals Board (TTAB) that resulted in the cancellation of the federally issued trademarks owned by National Football League’s Washington Redskins containing the word “REDSKINS” on the ground that the term is disparaging to Native Americans. With the Redskins case in the news in the last few weeks, many businesses are looking at their own trademark portfolios with an understandable degree of concern as to whether they too may own trademark registrations that might also be potentially challenged and cancelled on similar grounds.

Judging from the discussions I have had in the wake of the news regarding the cancellation of the Redskins federal trademark registrations, I think many business owners are wondering how a famous trademark, like REDSKINS, that has been federally registered since September 1967 (almost 45 years) could be subject to cancellation. Above and beyond simple curiosity, there is justifiable concern regarding the protectability of trademark rights when those rights appear to be subject to termination by judicial fiat. It is not unreasonable, in my opinion, in the wake of the Redskins decision for businesses to wonder whether their investment of capital and effort in a protectable brand is as safe or prudent a use of their resources today as it was prior to the Redskins decision.   One might reasonably wonder, for example, if the owners of the Redskins football team had been asked, years ago, to invest millions of dollars to develop the REDSKINS brand and to properly protect the brand via federal trademark registration, with the caveat, that despite the investment of an enormous amount of time and money, the brand would be subject to challenge, and the corresponding trademark registration subject to cancellation, decades later, by persons, not yet born, who would not be competitors or even associated with football, my guess is that the answer would have been a resounding ‘NO’.

So, just how did the Washington Redskins and the NFL come to find themselves in this position? Well, let’s start with the selection of the trademark.

Trademarks are typically categorized as fanciful or coined, arbitrary, suggestive, and merely descriptive. There is one more category, generic. However, technically any term that falls into this category can never be a trademark for reasons discussed below.

To create a strong brand, it is best if the mark is ‘fanciful’ or ‘coined’. These are terms that are completely made-up, that is, the term has no meaning other than as a trademark. A classic example is XEROX for photocopiers.   These are some of the strongest marks assuming they are properly used and protected.

‘Arbitrary’ marks are those marks which comprise a word that is a common word, but the meaning of the word has no relation to the goods or services associated with the mark. APPLE for computers is one such example. These too, start as very strong marks.

A ‘suggestive’ mark is one that suggests some attribute or characteristic of the goods or services, but does not describe them.   An example of a suggestive mark is AIRBUS for airplanes.

Finally, a ‘descriptive’ mark is one that merely describes the goods or services. These types of marks can ultimately be registered on the Principal (or primary) Register, but only after proving they are capable of being a source identifier, that is, consumers believe the goods or services emanate from a common source. These marks are near the weaker end of the spectrum, but can be protected.

Terms that are generic, that is, they are the common term for the goods or services can never be registered. The selection of a generic term as a brand does not offer protection for the brand name and allows third parties to use the term freely.

The REDSKINS mark is considered an arbitrary mark, and therefore a choice that, from a trademark protection perspective, was a good choice for a strong mark. Why then, was it subject to challenge?

There is no published information to my knowledge regarding whether the issue of disparagement toward Native Americans was considered in the selection of the REDSKINS mark. The evidence in the case presumably showed that the sentiment that the trademark was disparaging existed at the time the trademark was selected. The NFL has maintained throughout the dispute that it has always acted honorably and respectfully towards Native Americans. While this may be true, with respect to the action brought by Native Americans before the TTAB, the NFL’s intent is irrelevant.

The TTAB ruling suggests that Native Americans may have been objecting to the use of this mark for quite some time. But the first cancellation proceeding brought by the petitioners in the REDSKINS case was not filed until 1992, fully twenty-five years after the mark’s initial federal registration. One might ask if a substantial composite of Native Americans found the term “redskins” to be disparaging at the time of the registrations of these successively filed marks, why the offended parties did not institute proceedings years ago? While there may be an answer to that question, it does not appear in the record of the case. Moreover, the issue of the lack of objection by Native Americans to the use of the name for decades did not apparently factor into the TTAB’s decision.   Many believe this is unfortunate or even unfair as the NFL heavily invested in the REDSKINS brand relying on what might well have been a reasonable belief that use of the brand in association with a highly successful and much beloved football team was not offensive to a substantial composite of Native Americans.

The cancellation of the REDSKINS federal trademark registration has sent shock waves throughout the legal and business communities.  The ruling will act as established precedent for future cancellation proceedings.   It is a ruling that has provoked questions about vulnerability of trademark rights to attack by individuals or groups that might be able to demonstrate that they are somehow offended by a mark.   But more importantly, perhaps, is the fact that the case has raised, and will continue to raise, questions of fundamental fairness. Specifically, the fairness of basing the cancellation of a famous trademark comprising an enormously successful brand for which the owner has made a huge monetary investment over literally decades on the ground that the trademark was disparaging at the time of its registration and offends a group that failed to timely pursue its rights.

The NFL has indicated that it will appeal the ruling. Accordingly, the fate of these registrations is yet to be seen. 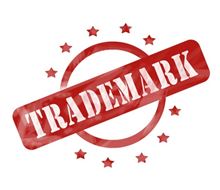 If you need assistance with trademark registrations, searches, or trademark licensing, Anna Vradenburgh is a well-respected, business-mind expert in trademark issues with extensive experience prosecuting domestic and foreign trademarks. In addition to her prosecution practice, Anna also assists clients in the selection and use of trademarks and represents clients in trademark opposition matters, domain name dispute matters, and before the federal Trademark Trial and Appeals Board. Anna can also assist your company in licensing maters, including drafting and negotiation of trademark licensing agreements. For more information visit the Eclipse Law Group website, or contact Anna at (818) 488-8146.